The first prototype for the modern motorcycle was invented in the 1860s by a Parisian named Pierre Michaux. Unbeknownst to Michaux, he was inventing a machine that would become simultaneously as infamous for its popularity as its danger. One of the biggest threats that motorcyclists face today is head injury—and unfortunately, many motorcyclists choose to forgo wearing a helmet, which can often lead to a situation that requires a motorcycle accident lawyer.

Motorcyclists who forgo a helmet are three times as likely to sustain a brain injury as riders who wear a helmet—a staggering and sobering statistic. So whether you’re a rider in Farmington, Utah or elsewhere, opting to wear a helmet presents a convincing collection of safety benefits. Here’s a breakdown on how motorcycle helmets work and why they can make the difference between life and death in a motorcycle accident. 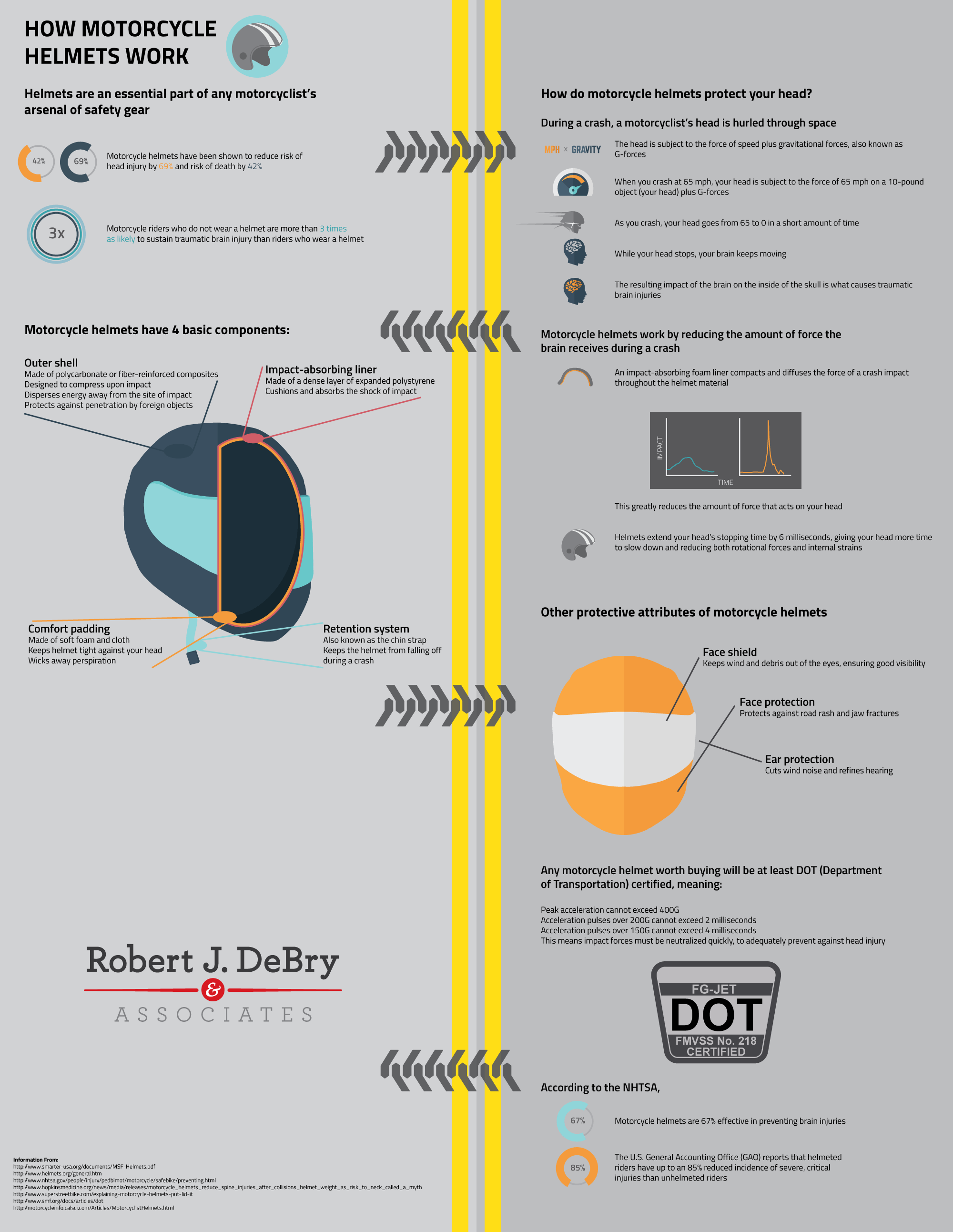